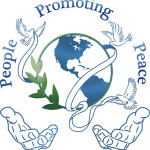 peoplepromotingpeace
2021-11-04T21:12:23+00:00
OUR FUNDAMENTAL BELIEFS
We believe Liberty is Freedom with Morality.
We support the United Nations Universal Declaration of Human Rights (UDHR). It is a milestone document in the history of human rights. Drafted by representatives with different legal and cultural backgrounds from all regions of the world, the Declaration was proclaimed by the United Nations General Assembly in Paris on 10 December 1948 as a common standard of achievements for all peoples and all nations. It sets out, for the first time, fundamental human rights to be universally protected. We reject nations and cultures that do not support it.
We believe in the Constitution of the United States
We believe that neither race nor religion can assert superiority over others.
We believe in the equal opportunity for all
We believe men and women are equal
We believe free speech must be preserved at all costs.
We believe in a just secular Government subject to the will of the people.
We believe that false beliefs and misunderstandings cause conflict and these must be corrected with education and love.
We believe in the Golden Rule. We feel this one is well worded. “Do unto others as you would have them do unto you.”
Like - Comment - Share
Post
About
Lives in: United States
Events

Videos
Archives
All time
Weather in United States of America, US